The Beginnings Of a Sharpie Mug

Sooo many confusing Pinterest posts about Sharpie mugs...do they work, not work? Spray it with this, use these markers...how is anyone to know? I will admit, I did try this myself about a year ago. Was all excited, ran out and bought Sharpies in every color, bought my mugs, decorated away. Fast forward...after baking and cooling everything just rubbed off =(  I was heart broken.
After investigated I found another Pin that suggested I had bought the WRONG Sharpies...but it was too late, I had already been emotionally scarred from my first failed attempt, lol.

Just recently I saw Mrs. Roxyfur on YouTube make herself an adorable Sharpie mug, and the spirit was reborn! I ran to my local art store, bought the Sharpie OIL BASED markers (VERY important), bought my mugs....and allowed the creativity to flow =) I read so many pins saying the Oil based Sharpies work, then some saying "Sharpies" don't work...but were they using the wrong Sharpies like me? Only way to know for sure was to try again to do it myself =) 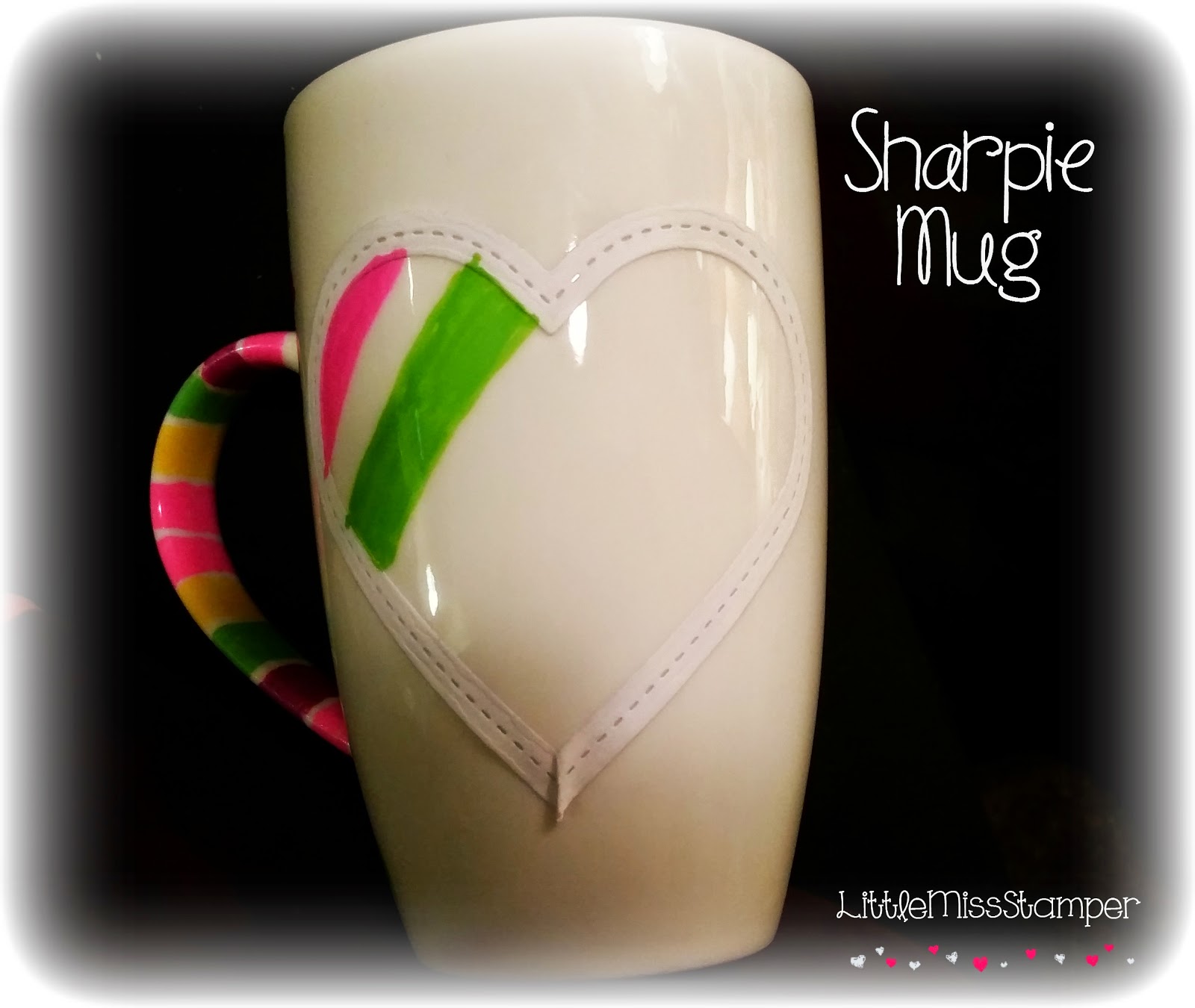 I used a Die to cut the heart out of Label Paper and stick it on the cup.....AFTER I tried about 28 times to draw my own very lopsided sad looking heart, lol. NOW I will update you on the progress after I bake, run it through the dishwasher, and use it for one week. THEN I will upload pictures on the FINAL verdict on whether this works or not (Hint: So far so good). My HOPE is to be able to make some for my daughters teachers...personalize them and fill them with candy for Valentine's Day. However, before i give them as a GIFT I want to be dang sure nothing is going to flake off or fade away after 3 washes. Let the testing begin.....
Posted by Unknown at 9:56 AM No comments:

As much as I love my Gelatos, I also love my travel palettes. I searched the internet for some kind of Gelatos color chart or swatch sheet and couldn't find anything. So I decided to make my own =)

You will find a link to my video - HERE showing the Palette and explaining a bit about it, as well as the pages so you can make your own Palette/Swatch pages.

I am a huge fan of the the Ellen Hutson Peerless Watercolor palette and wanted my Gelatos palette to match that one so all my palette could be best friends, lol. Since there are 40 Peerless watercolor colors in the bonus pack and 40 Gelatos in total (including the bonus packs), it was a marriage made in heaven =) I have put a link to the Ellen Hutson Peerless watercolor palette video - HERE. Please check it out and follow the same directions when creating your Gelatos palette since I created mine to go together the same way. 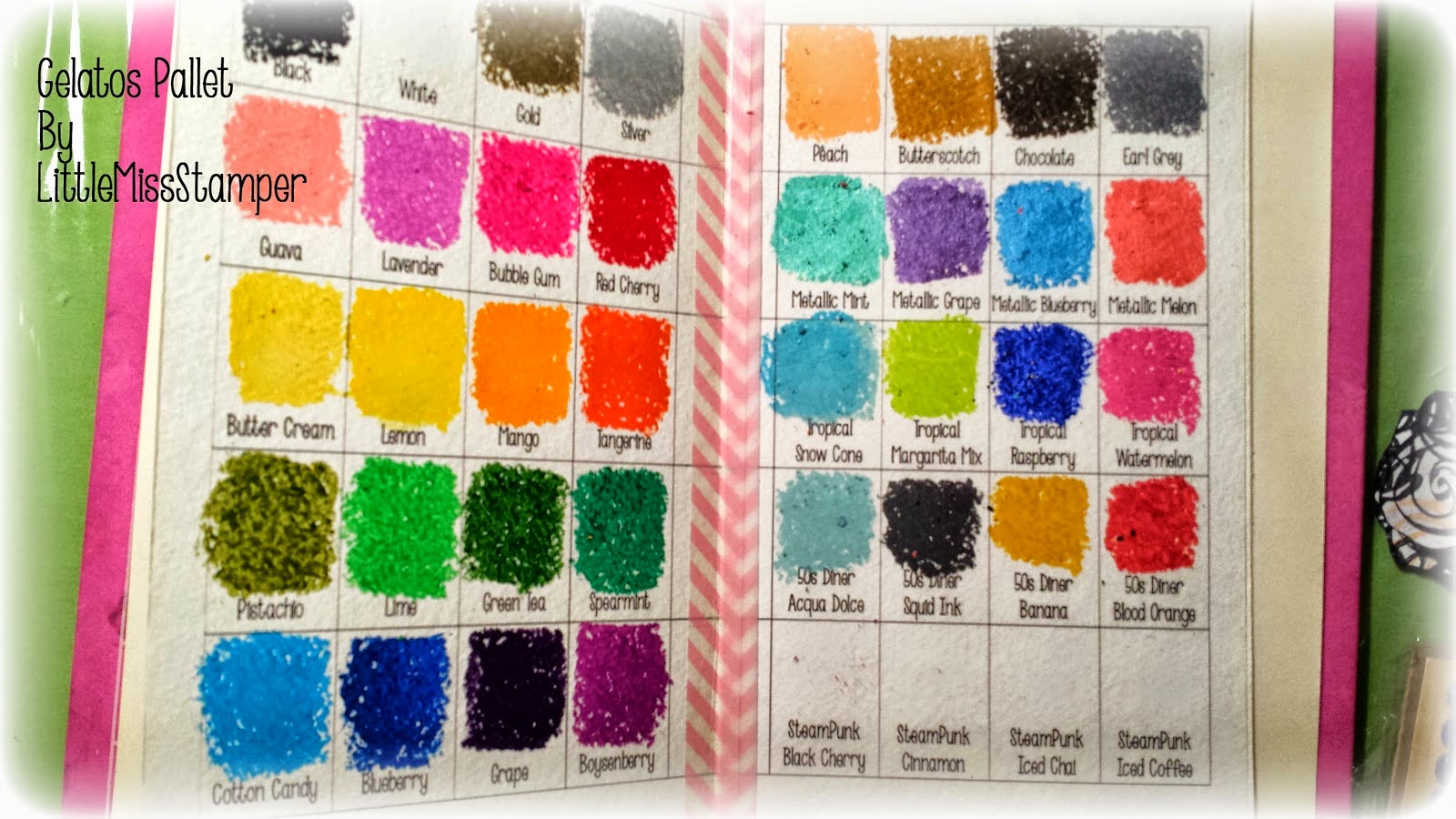 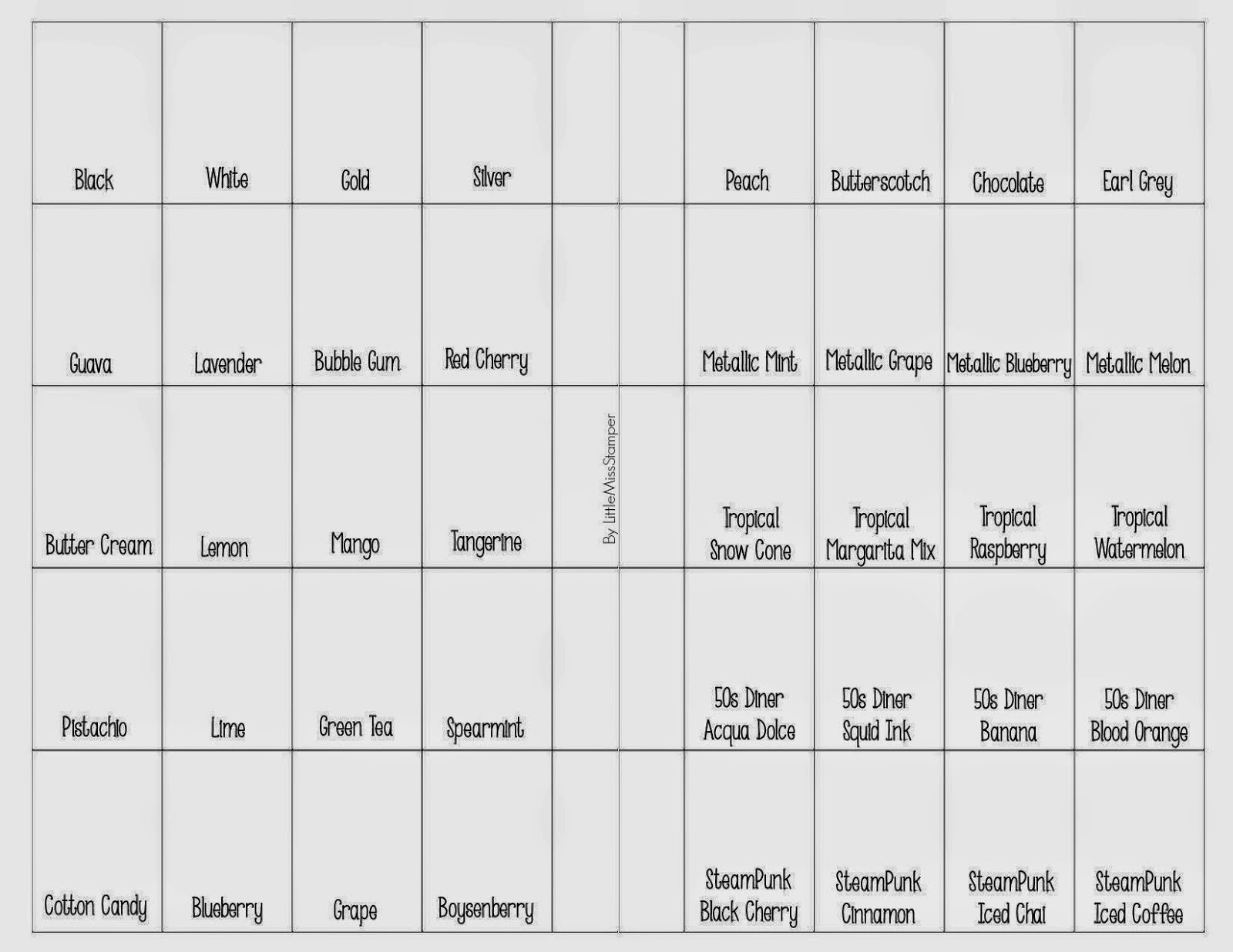 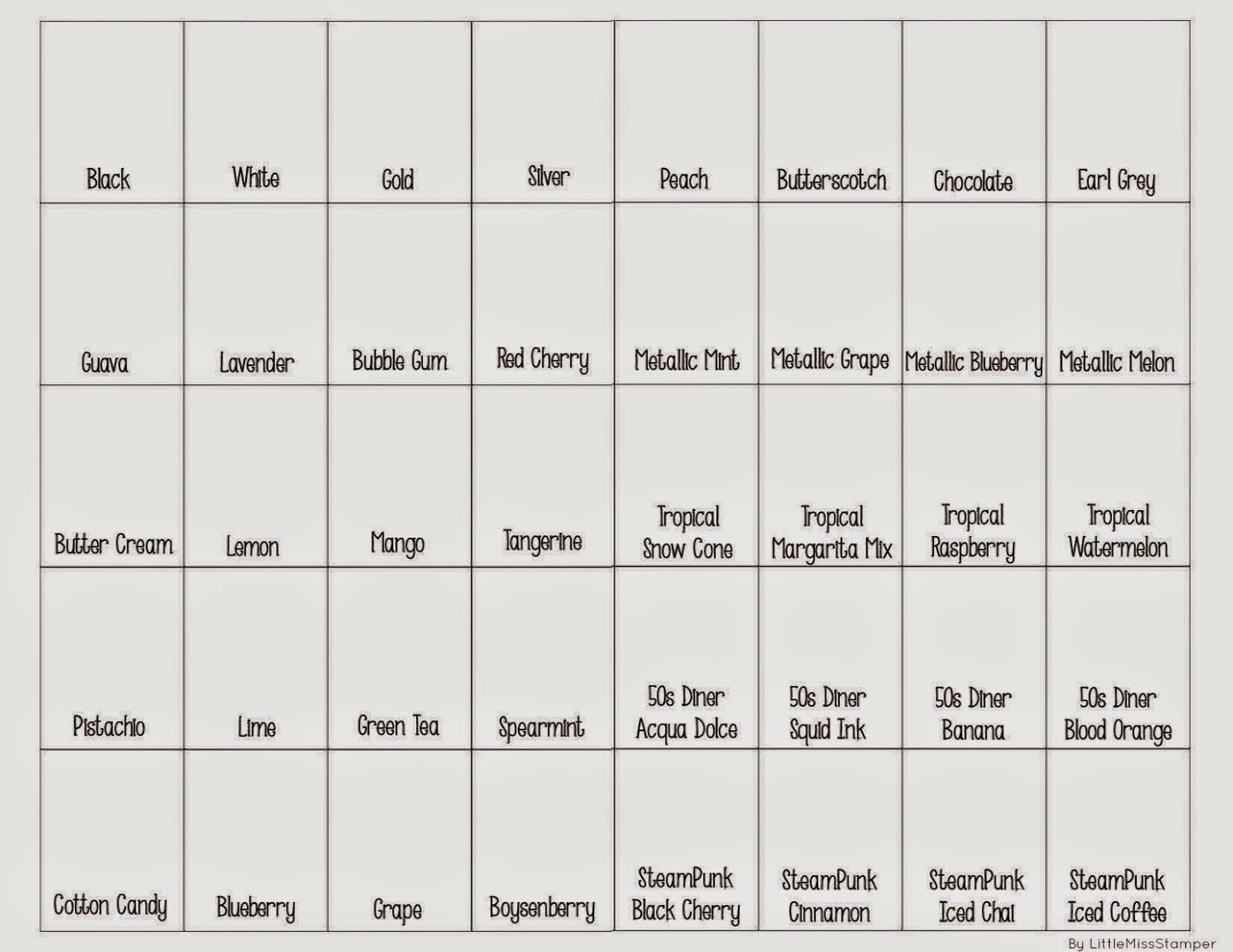 Posted by Unknown at 9:18 AM No comments:

I created this Thank You Card using....believe it or not....some rose stamps I found at my dollar store for $2.00. It pays to keep your eyes peeled at the dollar store these days =) This is one of my favorite stamp sets for watercoloring.
I used my regular Strathmore watercolor paper and Peerless Watercolors to color the image. Paper is Echo Park - Country Drive and the Sentiment is from my 1 year anniversary set from the Stamps Of Life club (link of the sidebar). The set is not for sale but Simon Says Stamp makes some very pretty Thank You stamp sets. 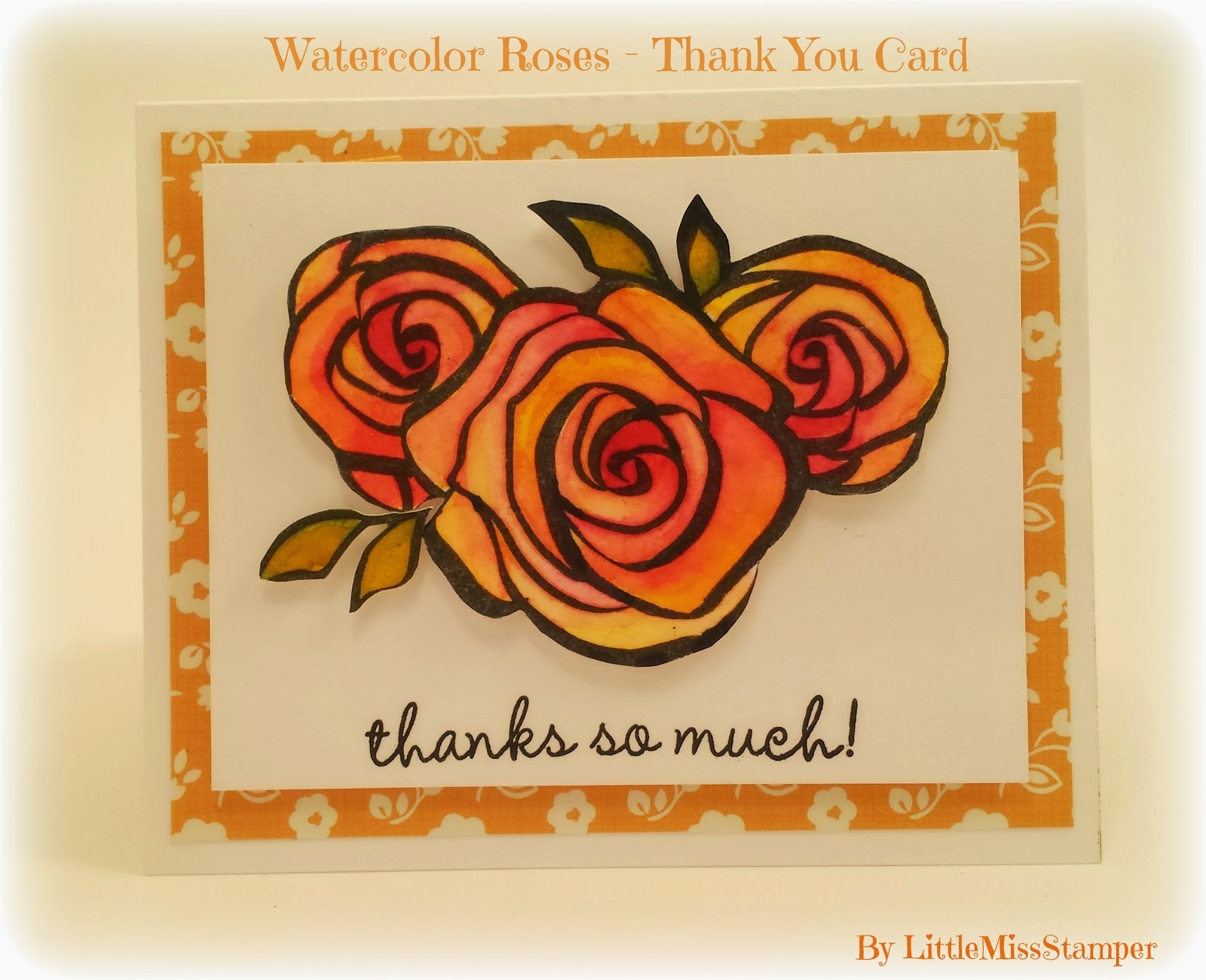 Speaking of shaker cards in yesterdays post, I thought I would share this birthday shaker card I made recently for my 8yr old daughter.
The dies and paper are from PaperTrey Ink's movers & shakers kit which is sadly no longer available, but you can easily recreate this look using any number of fabulous dies out there =)
The image I used in the center is a digital stamp from 2CuteInk and you can find her Etsy store here - https://www.etsy.com/shop/2CuteInk Lots and lots of super cute images for card making! 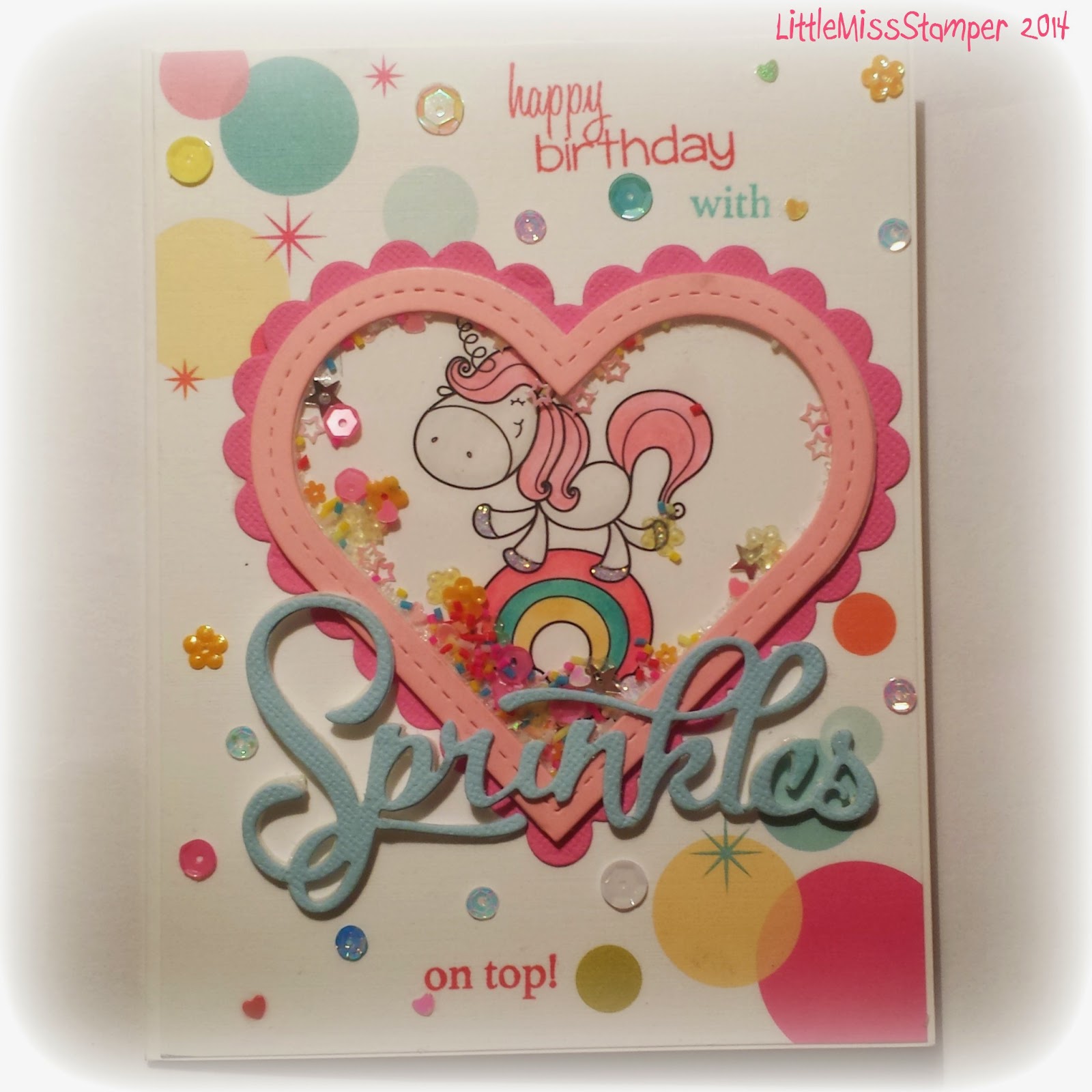 Parker the Supper Piggy (by Staming Bella). I LOVE him, lol. I also love shaker cards, so how could I resist =)
I colored him (badly I might add) using my copics. That's what you get for trying to color AND watch the Real Housewives, lol. 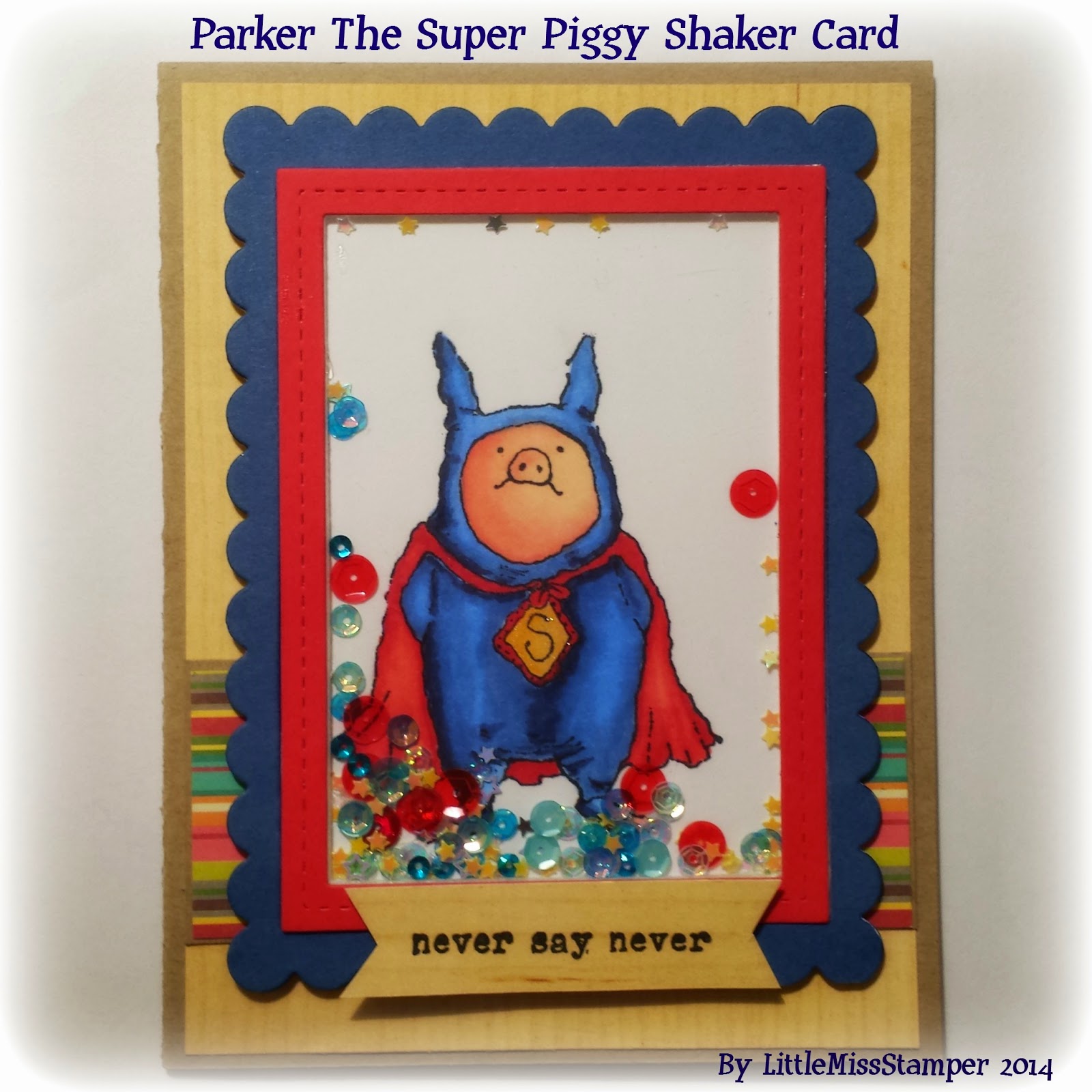 Dies are from PaperTreyInk's Shaker kit that is no longer available...sorry...but I am SURE you can get the same look using other dies. Paper was from Jilllibean soup - Sweet & Sour Soup, and Echo Park - This & That. I adore this stamp, and how to make many more Parker cards =)

Strawberries Are Great BUT......

How about Pumpkins?? There is nothing I love more than when a stamp set or die can have a dual purpose! The moment I saw the strawberries2stamp set from the Stamps Of Life stamp club... I KNEW I was doing a Halloween card with them!
The patterned paper is a Recollections paper pack I picked up on clearance from Micheal's last year but any Halloween paper would look cute I'm sure, and the spider is just hand drawn using my pitt pen marker =) Face stamps are by AlleyWay Stamps - FACE IT, and the sentiment is from My Creative Time - Treats For My Sweet Stamp Set 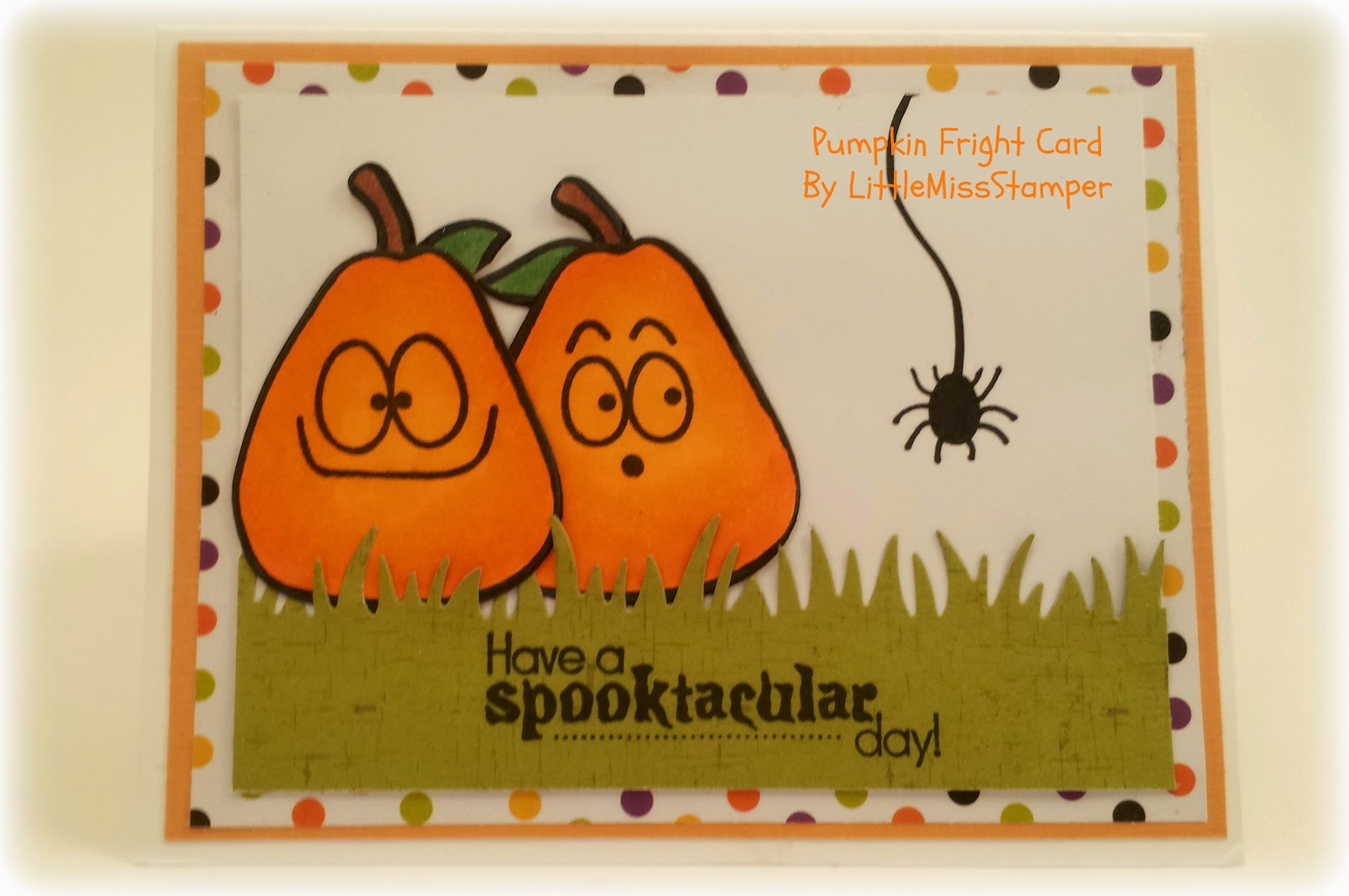 Posted by Unknown at 6:19 PM No comments:

Thinking Of You Shaker Card

Here is a little Thinking Of You shaker card I made using the adorable stamp set "The Bee's Knees" from MayMay Made It (click HERE to go to her Etsy Store). She has several adorable stamp sets and I own and love ALL of them....except Critter Christmas, which I totally plan to pick up before I start making my Christmas cards this year! The bee, the yellow hive background inside the shaker, and the sentiment, where all stamped from that set.

Paper I used is from Echo Park - Country Drive, which couldn't have been more perfect for this card, and the Hello was part of a cut file from the Silhouette store - Design ID #43768....which I covered in diamond Stickles to add some sparkle.

I am still without a computer, but I hope to rectify that VERY soon, and when I do I will re-do the card in a video to show the process a bit more in detail =)

Posted by Unknown at 4:29 AM No comments: 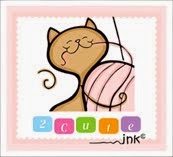